A word from Pastor Gary:

I have often instructed individuals when sharing their personal testimony to always be prepared to give it in a three minute window. That seems to be a great length of time for an opening blog.

I grew up in a small farming community, in a good family, but it couldn’t be described as Christ centered.  Mom got us to Sunday school at the little Methodist church in the country on a somewhat regular basis and Dad went to church on Christmas and Easter. But from my earliest memory I enjoyed church, singing hymns, and being a part of spiritual conversation.  I formally accepted Christ as a young boy and was the only child in my class to read the bible cover to cover, (but I should add part of the reason I did so was to be treated to a milkshake and hamburger basket at Doti’s drive in!)

A lay witness mission in our church, where members of other  churches came for the weekend and openly shared their faith, brought  a real spiritual awakening to our church and my family was touched.  Now both Mom and Dad were in church regularly and, by this time, I was leading Sunday School and was asked to be the Superintendent to replace my neighbor who died suddenly of a heart attack. I was only 18 and just graduated from high school. By then I had been under the leadership of two wonderful pastors who encouraged me along the way. Soon I was also preaching at least once a week at one of the five churches on our circuit. But, in all honesty, I had no desire to be a preacher.

My heart was in our family farm that I was now tending since my other two brothers were in the military and my dad looked to me to keep things going since he had a full time job.  I built up a large swine operation, was share cropping land and tending my neighbors cattle for a part of the calf crop.  I was also working a couple of part time jobs on the side. I was married and soon had two children. My goal in life was to be a successful farmer in our community. My ‘religious’ life would have to fit into that goal.

However, after a few years I began to be convicted as I felt the nudging of the Lord. Some of my relatives and my church family began to tell me I should consider the ministry. Fruit was being bore during times of ministry, yet, being an introvert, I could never see myself in that role. I really didn’t like crowds and enjoyed being alone. Finally on the eve of Thanksgiving, 1983, I sat alone on our pond bank and sought the Lord in prayer.  As Gideon of the Old Testament did, I put out a fleece. “Lord, if you are really calling me into the ministry, then tomorrow morning make it clear by doing something impossible like making all the leaves on the  trees purple.”  I obviously wasn’t expecting to be “called”!

I went to bed that night and for the first time ever, and there have been only one or two since, I heard the voice of the Lord speak audibly into my spirit and say, “Sell everything you have and follow me”.  That morning I woke Linda and said “I’m going into the ministry”. She was excited and supportive. And though it was a very hard transition for my dad to accept, within a few months we had sold everything we had accumulated on the farm.  I finished Jr. College in Moberly  and we loaded a truck and moved to Kentucky for two more years of college and three years of seminary. We left with little provision, trusting God all along the way,  and what an adventure it has been.  My ‘calling’ verse continues to be a catalyst for me when things get a little out of focus or when we face difficulty. 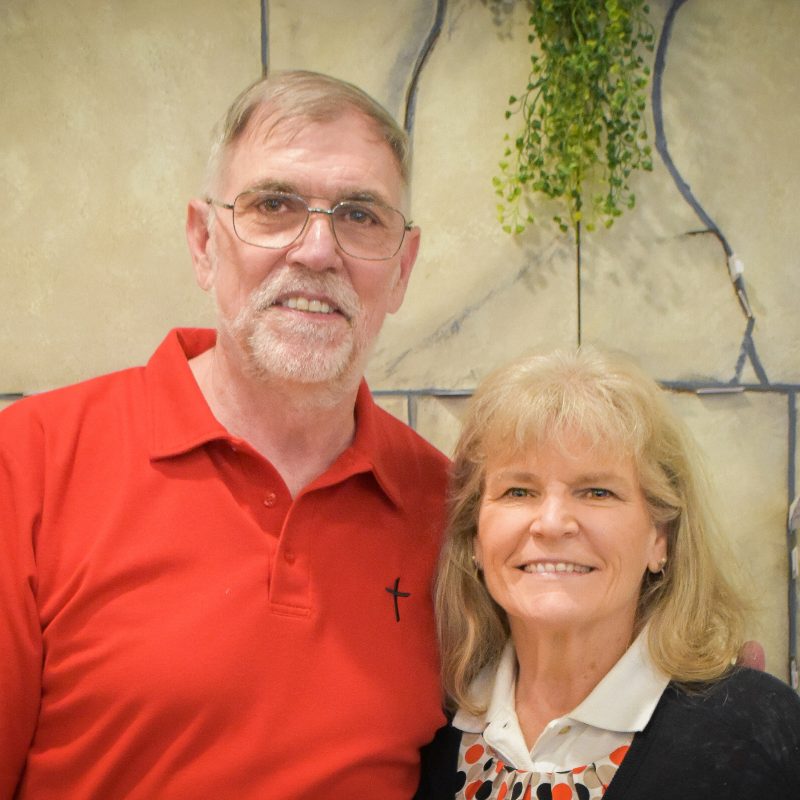